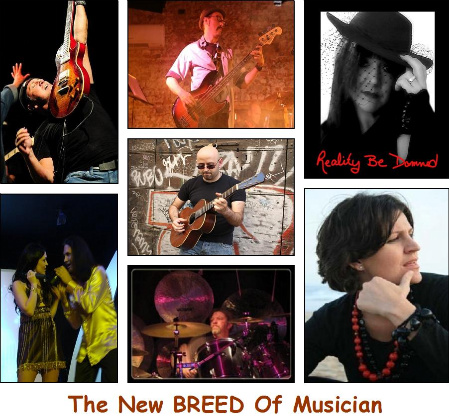 This is a review I received on one of my promotional websites. Jessica sang Dark Demons and Tricia sang She Walks by. I want to share this with my wonderful collaborators.

June 12, 2009, MST, 2:15am
Song: Dark Demons
Rate The Recording Quality: Better Then Most!
Rate The Vocals: A STAND OUT!
Rate This Song: You Got My Attention!
Rate The Musicianship: They Nailed It!

""Dark Demons"" and ""She Walks By"" have the professional feel and pleasing sound that resounds in my appreciative ear as do all of Casia's posted tunes. However, these two in my opinion are standout tracks. The vocals, the instrumentation, but most of all, the compositions have ""hit song"" written all over them. So impressed by her arrangements, I investigated her further and found a sincere, dedicated lyricist who seems to live for the independent artist. Just the vast amount of diverse and talented musicians she has connected with from an abundance of various countries boggles the mind. She has opened my mind to more sounds, web sites and organizations than I ever knew existed, for example: INIRA – The International Network of Independent Recording Artists, of which she has been recently named ""Client Services Representative"" (see http://www.betarecords.com/casia and her new Gigootz glog). An outanding achievement. I never heard of this organization until I chose her music for a simple review. She is one busy girl and very intensely involved in her love of music. Definitely an artist I will now watch with my ears glued to the internet, so to speak. And speaking of listening, I found her music an extremely pleasurable experience. The melodies rock with syncopated perfection, the vocals reach tonal bliss and the lyrics are inspiring tales of love, doubt and the constant pursuit of inner awareness. A note must also be made as to the ""Alice in Wonderland"" influence in ""Dark Demons"". Being a huge fan of Lewis Carroll, I immediately felt at home with her music and flowed with the rhythm of her words. ""......... Smiling like a Cheshire cat I've gone mad and I can't get back....."" Just a wee sample of the poetry from this song. I was surprised to learn that as a lyricist, her lyrics haven't been posted here or anywhere I could quickly search. As busy as she seems to be, this is understandable, but I feel it is a great disservice to her accomplishment as a writer to leave them omitted. Perhaps it was intentional, but her words are fluid movements set to refreshing melodies and I found myself wanting a more in-depth peek. Overall, a very impressive collection from a master of collaboration. I bow to your ingenuity Casia and ""I'm running breathless.......""