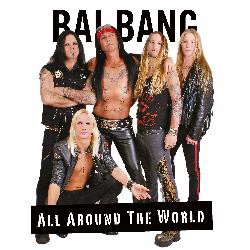 New release ALL AROUND THE WORLD will be on market through AOR HEAVEN Records in date April 26th 2013...Don't miss it!
(The Manager)