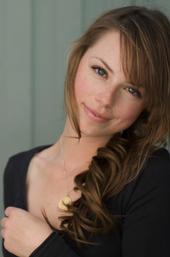 Englewood, NJ (February 20, 2007) - Although she is barely out of high school herself, rising star and singing sensation Emily Jackson will take Atlanta by storm when she premieres her single R20;YeahR21; at Riverwood High School on March 26 from 7-8pm.

Jackson's vocal style is an amalgam of everyone from Mariah Carey to Aaliyah and Christina Aguilera to Jo-Jo. Even though she counts 50 Cent, Jay-Z, and Eminem among her favorite artists, Jackson evocatively channels a torch sound on her single “I Don’t Wanna Fall In Love.”

Jackson's diverse influences reflect her upbringing in a diverse community, Montclair, NJ. And, no matter how many idols she may have, Jackson has a style, poise, and honesty all her own. That honesty will be on display in her debut album, A Year In the Life Of Heartbreak.

""Yeah"" is the first single to premiere from that album. It is also the first single to be launched by industry veteran sound engineer Charlie Jones’ new indie label, Urban Melodic Entertainment. Showtime at the Apollo, Jamie Foxx’s Laffapalooza, and MTV's TRL are just a few of the shows Jones has mixed.

In an innovative collaboration, Jones decided to bring music video producer Jack Marmer (Chris Robinson, Hype Williams, Robot Films) on board as director and to produce the music video in conjunction with Riverwood High School’s Media Arts Program in Atlanta, where Marmer is an alumus. The video was even shot at the high school, with students shadowing all of the professionals and then producing their own documentary about the experience.

The video was choreographed by Ci Ci Kelly (Mariah Carey, Outkast, LL Cool J) and features some of the city’s hottest dancers. Jackson, Jones, and the students of Riverwood High School are both proud and thrilled to bring the world premiere of “Yeah"" back to the set where it all began.

Following the premiere, Jackson will wrap up her second year at Cal Arts prestigious Theater Program and then plans to take some time off from school to devote her energies to promoting a brand new single, album, and record label.